The I Ching was originally an oral tradition passed on from Fu Hsi, the legendary sage of antiquity who is estimated to have lived around 3300 BC. 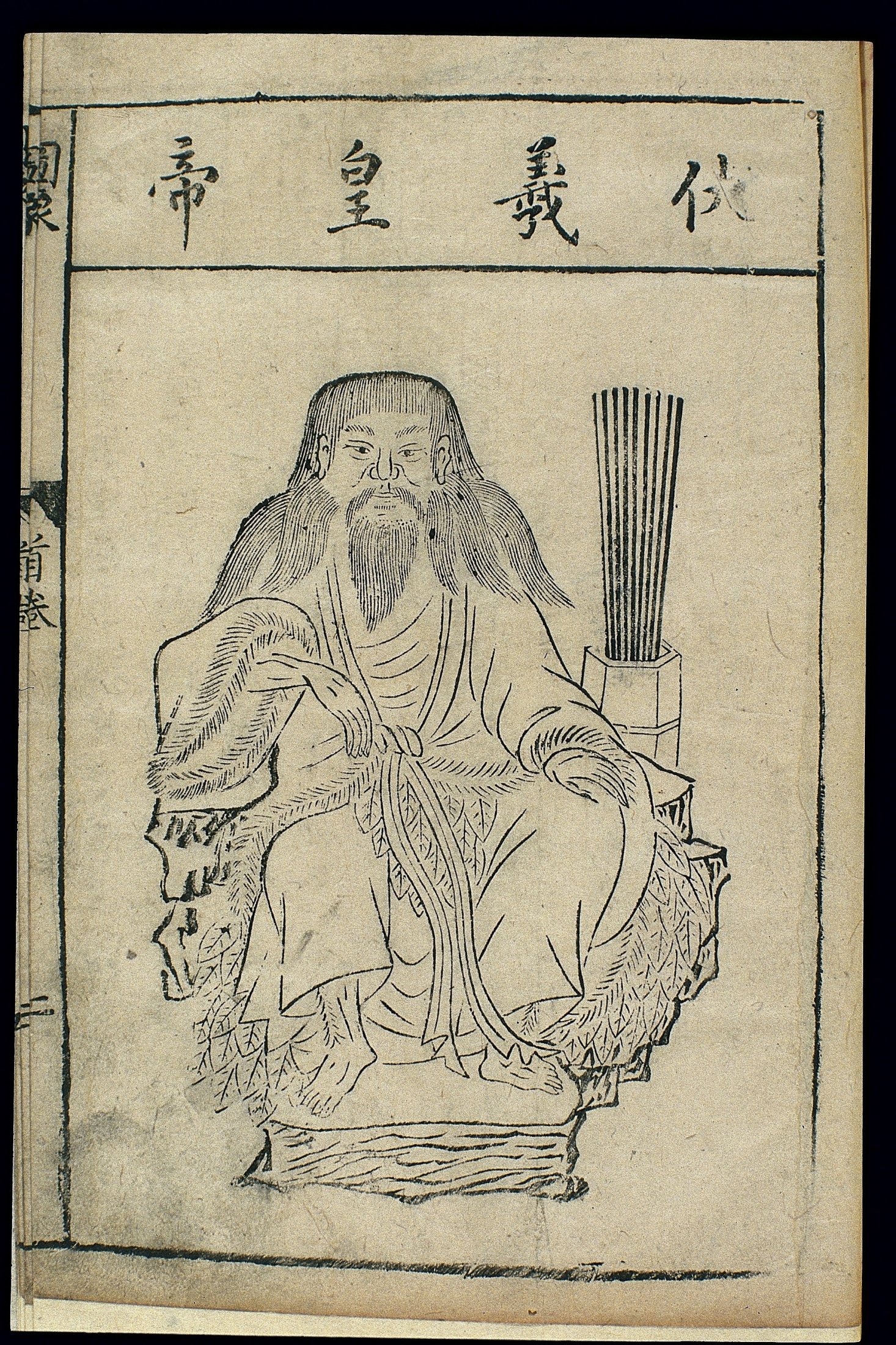 The earliest records of the eight trigrams were from the Lien Shan of the Hsia Dynasty (2205-1766 B.C.), and from  the Kuei Ts’ang of the Shang Dynasty (1766-1150 B.C.) There is no written record of the names of the hexagrams being in existence then, although there were probably several versions passed on by oral traditions over the centuries. 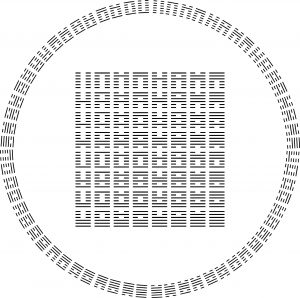 The contemporary collection of sixty-four hexagrams, with their sequence and names has originated with King Wan (1150 B.C.). The Duke of Chou was able to overthrow Chou Hsin but not until several years after his father passed away in prison. The hexagram judgements and trigram arrangements were attributed posthumously by the Duke of Chou to his father King Wan. The words to accompany the individual lines and their judgements were written by the Duke of Chou. The entire work was put together by the Duke of Chou. Any and all references to earlier times and Fu Hsi were made by the Duke of Chou. This work became the established form of the I Ching, entitled Changes of Chou, or Chou I. It has been used as an oracle since then.
The overthrowing of the tyrant Chou Hsin marked the beginning of the Chou dynasty (1150-249 B.C.) The Duke of Chou became the first ruler of the Chou dynasty.
Confucius would have worked with the Chou I when he studied it. The Commentaries on the Decision and the Commentary on the Images are considered to be by Confucius. There are also extensive commentaries on the individual lines by the students of Confucius. It is through the influence of Ta Hsueh (The Great Learning) and Chung Yung (The Doctrine of the Mean) that the concept of the way of the Superior Man became integrated with the I Ching.
Over the course of history and the changing of dynasties there have been many additions and rewritings of the I Ching. The book of Changes became firmly established and widely used as a system of divination and magic. In the fourth century B.C. the philosophy of Yin and Yang was added to the I Ching through the work of Tsou Yen. This radically altered the interpretation of the I Ching and added new insights that challenged Confucian beliefs and doctrine. It brought a far more liberal interpretation to the hexagrams. Between 226 and 249 A.D. the I Ching became used as a basis for developing Tai Chi doctrines. The I Ching then developed to include a philosophy of life and of statesmanship. In the last dynasty, the Han Dynasty, many magical theories were added to the I Ching. The I Ching today is a collage of many minds and philosophies. There are many contradictions and obscurities. It has come to be accepted that this obscurity is the wisdom of China and that one should simply accept and apply it.
Our only record of the Sequence of Earlier Heaven comes from the works of the Duke of Chou (and King Wan posthumously). It was they who put written words to the hexagrams and lines. They presented the first printed version of the I Ching. It was most likely the Duke of Chou (or King Wan before he was arrested) who changed the sequence of the trigrams and hexagrams to represent a new order of life.
To change the system and sequence one would need to have a conviction that the old system was no good and that the new one was better. This is a highly questionable assumption. Certainly it brought about a new approach to the hexagrams and changes. Whether this was based on an inspired new dogma or an insidious attempt to undermine the old established ways will remain in the realms of speculation. It should be said that the instigators of these changes were biased against the old ways. How educated or ignorant they were in adding words and new sequences is to be considered. There were certainly far reaching effects to these changes. The works of Fu Hsi and the Earlier arrangement became obscured and trivialized. In fact there may even have been some persecution of anyone using the older system. Even in martial art circles and in popular beliefs today there is a stigma about using the Sequence of Earlier Heaven.
It could be seen as a transition from a calendar or astrology based system to a numerological and magical based system. This might even explain why the Chinese calendar is numerologically based rather than astrologically or astronomically based. In this process, the approach to time and space was radically altered. The premise of this site is that the I Ching was originally an astrologically based divinatory system and it became mutated into a system of numerology. The result was an obscuring of a previously very clear relationship to time and space. Anything to do with calendars and cycles became polluted. It seems that this obscuration and trivialization of the old ways was very consciously and systematically implemented. After the burning of the books, all the old ways were erased. A token identification and trivialization of the old ways of Fu Hsi continued as the new system became established . There has also been a similar trivializing and obscuring of astrology by the modern day scientific community, although fortunately not by all of it!